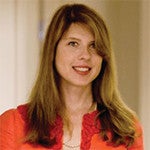 Sarah M. Frazier has a nationwide practice that includes qui tam suits representing whistleblowers, white collar criminal defense, and commercial law. She is currently pursuing several qui tam suits, many still under seal, on subjects ranging from war profiteering to Medicaid kickbacks to best price violations, pending in jurisdictions across the United States. She lectures frequently on both qui tam and criminal law.

Ms. Frazier has served as a program director for the ABA's biennial National False Claims and Qui Tam Trial Institute since 2013 and takes a leading role in writing the fact pattern for the program's mock trial.  She lectures frequently on the FCA and white collar crime, including teaching a course on qui tam litigation at the University of Houston Law Center in 2012.

Ms. Frazier's trial experience includes a health care fraud trial in 2017, and a medical insurance fraud acquittal in 2010.  In 2012, she successfully defended John O'Shea of FCPA charges related to a contract by ABB to provide a smart grid to a Mexican utility, winning acquittal on all charges at trial. ABB had previously pled guilty.

During her career, Sarah has represented a variety of clients as trial and appellate counsel in numerous significant matters, including, to highlight a few examples: